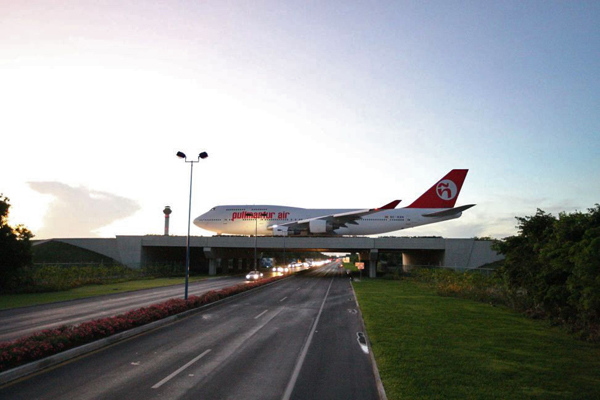 If you’re planning on a holiday to the Yucatan Peninsula anytime soon, the choice of direct, scheduled flights is a straight shoot-out, British Airways vs Virgin Atlantic. Who’s it going to be?

Both British Airways and Virgin Atlantic have a clear policy of operating their more business heavy flights out of Heathrow and their leisure focused flights out of Gatwick. So, if you want to fly direct to Cancun then, airport-wise, it’s Gatwick you’ll be flying from. If you’re fussy about which terminal you fly from, well, at the moment British Airways operate out of the North Terminal while Virgin fly from the South Terminal. The reason I say ‘at the moment’ is because, come the end of January 2017, the 2 airlines are swapping terminals.

As with airports, there is no significant difference in departure times between British Airways & Virgin Atlantic. Although there can be differences of a few hours, in both cases the outbound flights to Cancun operate during the day with returning flights heading back overnight.

Neither British Airways nor Virgin Atlantic offer daily flights to Cancun and frequency on both airlines varies depending on the time of year with, generally, 3 or 4 flights per week. However, if your travel dates are fixed then, through their respective US partners, both airlines offer the option of flying direct in one direction and indirect via the US in the other direction. So, for example, with British Airways, there are daily flights from London Heathrow to Miami with onward connections on American Airlines. In comparison, Virgin Atlantic offer daily flights from Heathrow to Atlanta with onward connections on Delta.

Most people don’t care what type of aircraft they are flying on but, for those that do, Virgin Atlantic currently operate Boeing 747s to Cancun while British Airways currently operate the Boeing 777-200. However, if the type of aircraft is of no interest to most passengers, the flight experience will be so it is worth pointing out that both sets of aircraft are now getting on in years. However, while Virgin Atlantic completed a major refurbishment of their Gatwick 747 fleet in 2012, the 777s that British Airways fly to Cancun are really beginning to show their age inside. What is even more galling is that British Airways won’t even commit to a refurbishment program. So, fly British Airways out of Heathrow on their new Boeing 787s and Airbus 380s and get new aircraft, seating and inflight entertainment – fly out of Gatwick and you get the clapped-out old product on ageing aircraft.

Apart from some of the really awful airlines (begins with C and ends in A) I personally find the cabin crew on most European long-haul airlines / flights to be much of a muchness. At least, that is to say, I’ve had good and bad service on the same airline, sometimes on the same flight, and it just seems to me to be a matter of luck as to what you get. In keeping with the example set by their boss, the Bearded One, the service on Virgin is probably a bit more relaxed and jokey than British Airways. That suits some passengers more than others.

At the end of the day, for many passengers, all of the above is irrelevant, and price is the all-important consideration. It is impossible to say that British Airways or Virgin Atlantic are more expensive or cheaper; it will vary from flight to flight, day to day and cabin to cabin. The only thing we can say, and be mildly thankful for, is that competition between the airlines on flights to Cancun has helped to keep prices down somewhat. For evidence of that, you only have to look at flights from London to Havana where, for now at least, Virgin have the route to themselves.