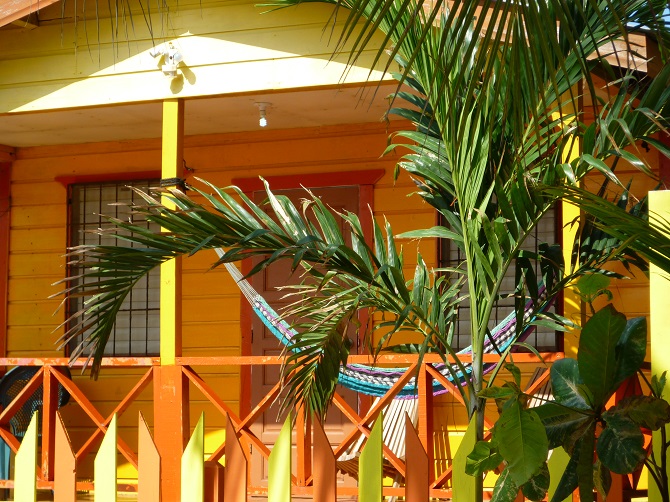 The southern-most of Belize’s established holiday destinations, but still just a 30-minute flight from Belize City, Placencia is essentially a 16-mile peninsula with the Caribbean on one side and a large lagoon on the other; in parts, the Placencia peninsula is only a couple of hundred metres wide. In form, it is not unlike Varadero in Cuba – fortunately for fans of Belize, that is where any similarity ends.

Although the whole peninsula is referred to as Placencia, there are in fact 3 distinct parts. The northern part of the peninsula is known as Maya Beach and is home to a scattering of condos and hotels; the middle part, Seine Bight, is a traditional Garifuna village and, at the southern tip of the peninsula, is Placencia Village.

As with the rest of the peninsula, Placencia village is distinguished by a continuous sandy, white beach on its eastern length which curves around the tip of the peninsula before giving way to the lagoon. On the other side of the peninsula’s tip is a small island and, between the 2, is a natural harbour that is popular with yachties. Despite the village’s rustic appearance and feel, don’t be surprised by the sight of the odd super-yacht.

Running through the centre of the village is the only street of note, lined on either side by a small selection of shops, restaurants, travel agencies, a post office etc. Although popular with foreign visitors, one of the charms of Placencia Village is that it is just that, a village, still home to plenty of locals, a school etc. As property prices increase and the developers move in, who knows how much longer this will last.

Between the street and beach there runs a raised walkway which some (ok, the local tourist office) refer to as the narrowest High Street in the world. I’ve no idea why as it is what it is, a walkway. On either side of this undoubtedly attractive walkway are a further spattering of shops, travel agencies, bars and restaurants.

The beach along the eastern side of the peninsula is at its widest at the northern end of Placencia Village and narrows as it reaches the southern tip. The sand is a lovely, soft grain and the sea is good for swimming although, close to shore, there is a fair bit of sea-grass which is deposited on the beach during windy conditions.

Talking of ‘windy conditions’ having been devastated by Hurricane Iris in 2001, Placencia has had to re-build itself largely from scratch. Even so, it is a welcome surprise to most visitors just how undeveloped and low-key Placencia Village remains. There are still just a handful of very small, simple hotels on the beach of which our favourite is Villa Ranguana. There is still no sign of impending mass tourism encroaching on the village but nor is it awash with back-packers and obligatory full-moon parties. Not too big, nor too small, not too busy nor too quiet, for many visitors to the country, Placencia Village is quintessentially Belize.