The Mennonites of Belize 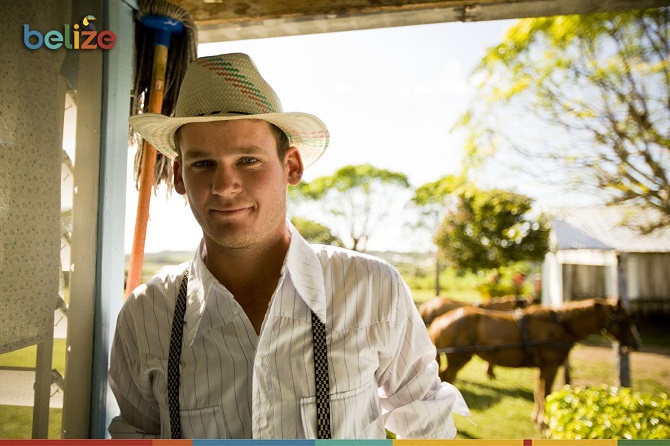 With their origins in 16th Century Holland, and specifically the writings of Menno Simons, the Mennonites are a sub-sect of the Anabaptist Christian tradition.

Although the religion has its spiritual origins in Holland, Mennonites were found across northern Europe, including modern-day Germany. Today, the Mennonites of Belize are sometimes referred to as ‘Russian Mennonites’, a nod to the fact that their ancestors came from western Prussia, then part of the Russian empire.

Towards the end of the 19th century, these ‘Russian Mennonites’ moved to Canada before a theological split resulted in a significant part of the community moving to Mexico in 1922 (there are still Mennonite communities in the Yucatan Peninsula of Mexico, including near Laguna Bacalar).

In 1958, a further splintering of the Mennonite community saw many head south into nearby Belize (then British Honduras) where, some 60 years on, they form an often little-known, but nonetheless important part of Belizean society and economic activity.

Although nobody knows for certain how many Mennonites there are in Belize today, estimates range between 10,000 & 20,000.

While there are Mennonite communities right across Belize, they very much keep to themselves, within tight-knit communities, and marriage outside of the faith is pretty much unheard of.

In a similar vein to the better-known Amish communities of North America (if you’re old enough, think Harrison Ford in the film ‘Witness’), the Mennonites live a simple life, dressing very much as their 19th century ancestors would have, and often denying themselves electricity or motor vehicles either at home or work.

Again, for those of us of a certain age, think ‘Little House on the Prairie’ and you will understand the ‘look’ immediately.

Them were the days!

Although the Mennonites of Belize live an outwardly simple life (and even within Belize there are different groupings, based on their level of ‘modernity’), they certainly punch above their numbers when it comes to certain aspects of the economy.

Nowhere are the Mennonites better represented within the Belizean economy than agriculture and furniture making.

Even if you visit Belize and never see a member of the Mennonite community (and you probably won’t if you restrict yourself to the island / coastal resorts), there is a very good chance that you will consume poultry, dairy or meat products from their farms. Similarly, if your hotel room has any hand-made wooden furniture, there is a good chance that it has come from a Mennonite workshop.

While some of the more insular Mennonites pretty much never leave their community, in parts of Belize (especially the interior), it is not uncommon to see them at markets or even bringing their produce into town, ie San Ignacio in Cayo district where there is a strong Mennonite presence at nearby Spanish Lookout.

For anyone driving along the beautiful Hummingbird Highway, a popular place to stop for a break is Kropf’s Bakery, a Mennonite café / shop where you can stop for coffee and cake. Enjoy.