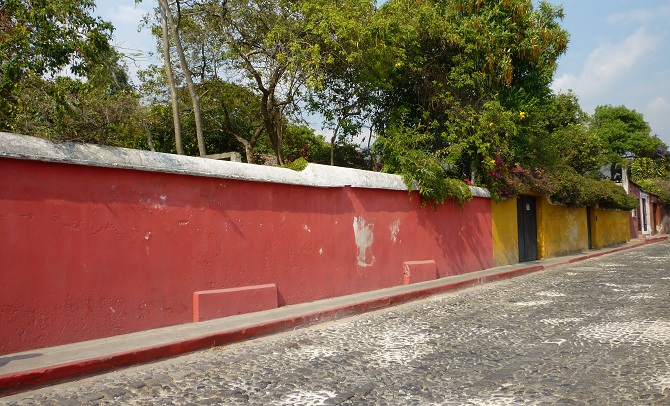 For a country with such a fascinating history and a wealth of cultural attractions, it comes as something of a surprise that Guatemala only boasts 3 UNESCO World Heritage sites.

Declared a UNESCO World Heritage Site in 1979, the beautiful colonial-era town of Antigua was largely destroyed by a series of earthquakes including the ‘big one’ in 1773 which led to the town being abandoned and the capital moved to present day Guatemala City.

Fortunately, Antigua never really died and was extensively re-built and restored. Today, it is easily the number one destination for holidays to Guatemala and is home to numerous beautiful buildings, many of them ruins, as well as the country’s best hotel options.

Of equal worldwide fame, but very different, are the ruins of the great Mayan city of Tikal. At its zenith between the 6th and 10th centuries, the ruins of Tikal are amongst the most extensively excavated and restored of all the Mayan cities’, on a par with Chichen Itza and Palenque. As with Antigua, Tikal was declared a UNESCO World Heritage site in 1979. In 1990, the vast surrounding Maya Forest Biosphere Reserve was also recognised by UNESCO with the ruins at their heart.

The third, and smallest of Guatemala’s UNESCO World Heritage sites, inscribed in 1981, are the ruins of the Mayan city of Quirigua. Although much smaller than Tikal, Quirigua is principally famous for its superb, carved stelae and is often visited en-route between Guatemala City and Livingston.

In addition to the existing 3 UNESCO sites, there are 21 sites that have been submitted on the Tentative List for possible, future inclusion. These include Naj Tunich Cave, Chichicastenango, Lake Atitlan, the painted murals of San Bartolo and Visis Caba national park.

All 3 exiting UNESCO sites are popular visitor destinations and most holidays to Guatemala will include at least the first 2.