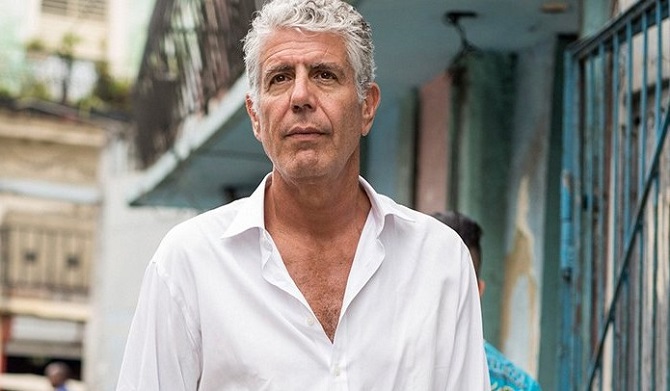 The sudden and tragic death of Anthony Bourdain earlier this year has had me watching pretty much the entire back catalogue of his eponymous Netflix show, ‘Anthony Bourdain Parts Unknown’.

If you’re wondering about the relevance of all this it’s because last night I started on Series 6 of the show and, in particular, episode 2 – Cuba.

Filmed in 2015, when Barrack Obama was President and rapprochement was in the air, he and his interviewees all pretty seemed convinced that this was the dawn of a new era for Cuba: for Cuban – American relations, for the people of Cuba and for tourism to Cuba – cue the shot of a vast cruise ship on its way to Old Havana’s cruise terminal.

The election of Donald Trump has very much put the brakes on this new era and, although the cruise ships are still arriving, and new hotels are sprouting up across Cuba, many of the more ambitious plans and expectations are back on ice.

Even if you have no interest in politics, don’t worry, I’ve yet to watch a boring episode of Parts Unknown and the Cuba episode is no different.

Unlike many tv travel shows which feel more like promotional videos, Parts Unknown doesn’t deal in clichés and engages with a genuinely fascinating cross-section of Cuban society.

Mainly shot in Havana, with a brief visit to Santiago de Cuba at the other end of the country, there is the usual strong emphasis on food (Anthony Bourdain was a highly regarded chef before he turned his hand to writing and then tv) which, for many years, would have been enough to put you off ever visiting Cuba.

However, as he demonstrates on the show, not only is Cuba now famous for its home cooked meals and blow-out, celebratory specials such as pig’s-head soup, with pumpkin, corn, peppers, and sweet potatoes, casaba, and plantain….. but you can also get wonderful, fresh sushi pretty much straight off the boat.

As Anthony Bourdain put it himself: “Last time I was in Havana, a meal at a paladar would have been rice and beans. Now? Sushi. A certain sign of impending apocalypse.”

He will be sorely missed.