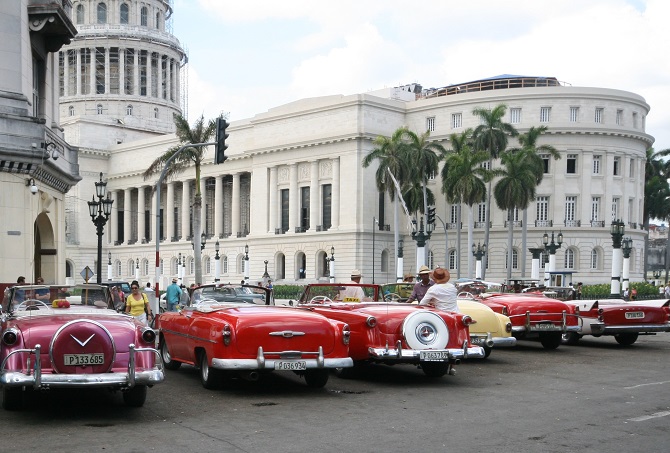 Following his much-anticipated announcement last Friday, in which Donald Trump promised to reverse his predecessor’s policies – what next for tourism in Cuba?

My first reaction, and I’m sure I’m not alone in this, is that – (a) his announcements and proposals are anything but clear and will require further clarification in the coming month or two and (b) what we do know appears muddled and contrary to his stated aims.

Regardless of the politics – and this is a travel site, not a political one – it is already clear that the proposed changes set out to amend, rather than reverse, Obama’s policies. The US embassy in Havana will remain open, a number of areas of mutual co-operation (unrelated to tourism) will remain in place, scheduled flights will continue to operate between the US & Cuba and cruise ships will continue to dock in Havana.

So, what is changing? Well, probably the biggest change that Obama introduced was to make it much easier for US citizens to visit Cuba. Before these changes, US citizens could only visit Cuba as part of an organised tour group and, even then, only under the auspices of a limited number of permitted reasons such as educational trips.

Although Obama’s changes didn’t allow US citizens to visit Cuba for the purposes of tourism, by making it much easier for individual citizens to travel to the island, and to arrange their own flights, accommodation, transport etc, the de facto outcome was pretty much the same. As a result, the number of US citizens visiting Cuba is thought to have doubled, with the main beneficiaries being top-end hotels at one end of the scale and privately-run casa particulares (B&Bs) and paladares (restaurants) at the other.

Oddly, the main tenant of Trump’s recent announcement was that these new travel freedoms would be reversed and, once again, US citizens would only be able to travel to Cuba as part of a tour group …….just so long as it didn’t benefit the Cuban military who, yes, control much of the island’s tourism industry.

The problem with this edict is that there are no privately-owned hotels in Cuba (all hotels are state-owned, the majority by the military, although some are managed by foreign companies such as Melia), no private airlines, nor any privately-owned tour buses. Private accommodation in Cuba is limited to the aforementioned casa particulares, few of which have more than 3 rooms, while private transport is limited to taxi co-operatives with, almost exclusively, saloon-sized cars.

So, what next? Well, I certainly feel that there will be changes to the proposed changes, once it becomes clear how unworkable the current proposals are.

However, even with significant changes to these proposals, it seems inevitable that the number of US citizens visiting Cuba is going to go into decline. Worst-hit will be Cuba’s nascent private tourist industry – casa particulares, paladares, taxis & guides.

Hotels, especially those in the key touring destinations such as Havana, Vinales & Trinidad, will also see a drop-off in US numbers, especially if they are military-owned and the Trump administration is true to its word in banning its citizens from staying there.

One such example is the newly opened Kempinski Havana (below), the most luxurious hotel in Cuba but one owned by the military. Will US citizens really be banned from staying there? While it should have no problem in filling its near 250 rooms with non-US guests, it may have to somewhat reduce its current asking prices first.

The Kempinski is already open but a number of new hotels in Havana are either well under construction, such as the Iberostar Packard, while others are either ready to proceed or at the planning stage; some of these will surely be put on hold.

In a previous feature I also discussed plans to increase the number of golf courses in Cuba. I’m not sure how advanced these are in terms of final contracts (no physical work has yet started) but it’s hard to see how they can be financially viable without access to the US market.

Although the Trump administration has said that scheduled flights can continue unabated, a cutting-back of routes and frequency is surely on the cards.

Across the board, expect some slackening in prices and improvements in hotel availability, especially in Havana, although this might take a little while to come about.

Will the Cuban government back-down? No way Che……