Fly Drive In The Yucatan Peninsula 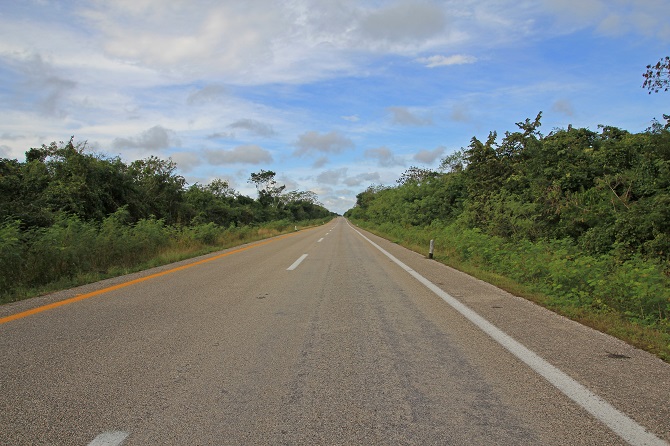 Although primarily visited for its superb beaches, the Yucatan Peninsula is a treasure trove of cultural attractions and having one’s own car is probably the best way to fit in as many as possible.

Almost without exception, the first question people ask is whether a fly drive holiday in the Yucatan Peninsula is even safe? The short answer is yes, but, if you want a more detailed explanation, safety in the Yucatan is a subject I have broached in a previous feature.

In more practical terms, roads are in good condition, fuel is readily available, traffic is light (away from the main coastal strip that is), and the standard of driving generally good. Due to the proximity of the US, and the number of American visitors to the country, the Yucatan Peninsula is also well served by car hire companies.

The great thing about Cancun (and I don’t say that very often) is that the Yucatan Peninsula is essentially square-shaped with Cancun located in the top right-hand corner, an ideal start / end point for a fly drive holiday.

Looking at a map of the Yucatan Peninsula, you will note that not only is the region itself square-shaped but its four main highways largely replicate this; one road runs due west from Cancun to Merida, another due south from Merida to Campeche and beyond, then another back east towards Chetumal followed, finally, by the coastal road north from Chetumal to Cancun via Laguna Bacalar.

Of course, if all these roads didn’t lead to anywhere of interest then they wouldn’t be of much use. Thankfully, they do.

Finally, the fourth and final leg, the coastal road running north from Chetumal to Cancun, passes Laguna Bacalar and Mayan ruins at Tulum and gives visitors the option to drop the car and flop out at the beach for a bit of R&R before heading back home.

Such a fly drive holiday around the Yucatan requires at least two weeks but, if you haven’t got that long, or want more than just a few days at the beach, there are plenty of variations and alternatives.

Plan my Extraordinary
We use cookies to ensure that we give you the best experience on our website. If you continue to use this site we will assume that you are happy with it.Ok